It’s one thing to get kids to camp. Helping kids find greatness takes things to an entirely different level.

In its fourth year, the Spain Grant Program at Camp Pecometh expanded its reach so that campers who return for their second year (or more) can attend any available program.

In previous years, campers were only allowed to attend entry level programs such as Riverside. The rationale behind the change is that returning Spain Grant campers should be allowed to have the same options as every other camper so they can grow in faith and maturity.

The Spain Grant Program began in 2012 as a way to help children and youth from families in need.

The program was started in honor of Ralph Spain who sent hundreds of campers over the past decade using a simple approach: Find kids in need, raise money, and provide all the support necessary to get the kids to camp.

The Spain Grant honors Ralph appropriately, as well as affirming churches in ministry with families in need. 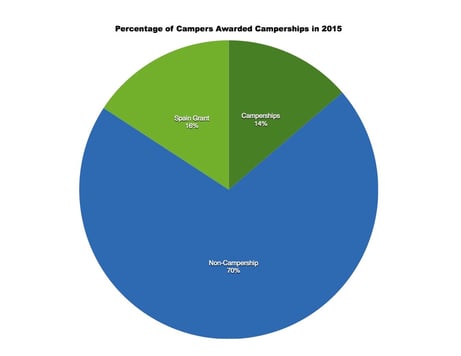 Spain Grant participation has grown incredibly, with 23 campers in year one, 72 campers in year two, and 124 campers last year, with a total of over $81,000 in Spain Grants and Camperships awarded to 219 campers.

This year, we have awarded 256 campers, of which 137 were Spain Grant recipients, a total just shy of $84,000 in Spain Grants and Camperships.

But enough with the numbers.

Yes, we know that lots of kids experience their best week of the year having fun, making friends and growing in faith.

But what difference does it make?

Let me tell you about Anjenee.

Anjenee has come to camp for several years. This year she was eligible for any program and she attended Directors’ Leadership Week (DLW), a program I run with Rev. Scot McClymont, Peninsula-Delaware Conference Director of Young Peoples Ministries.

Scot and I spend the week focused on helping to develop these young people into principled Christian leaders for the church and the world.

On Thursday evening of Anjenee’s DLW week, she and the other DLW campers had an opportunity to share with our Director’s Circle donors about what camp meant to them and what they experienced during the week.

They also led a devotional and sang several worship songs. I didn’t script it, but couldn’t have done better myself.

One of the donors in attendance was Dave Buchanan, the former Pecometh Development Director. Dave left Pecometh last year because he felt called to help revitalize Neighborhood House, an urban ministry in Wilmington.

As providence would have it, Neighborhood House was Anjenee’s sponsoring agency in the Spain Grant program.

Dave had to leave after dinner, but as he did, he called out to me, “I want Anjenee for the Neighborhood House Board.”

Not wanting to get in the way of an opportunity for one our DLW campers, I said, “You got it!”

I then took our donors to our Galilean Service while Scot took the DLW campers in for their last session: Next Steps.

They were to discuss how they would actually put their newly developed leadership skills into practice.

At the end of the evening, I mentioned to Scot that Dave had said he wanted Anjenee on the  Neighborhood House Board.

Scot smiled and said, “Let me show you something.”

He got out his phone, on which he had taken notes from the Next Steps session. He scrolled down and then showed me his screen.

Under Anjenee’s name was written, “Neighborhood House Board.”

Yeah. God’s in charge. The Spain Grant program works. Not because of what we do, but because God wants it to work.

The Spain Grant Program is made possible by the generosity of our donors. As of the end of camp, we have awarded $40,721 in Spain Grants, but have only raised $32,870. 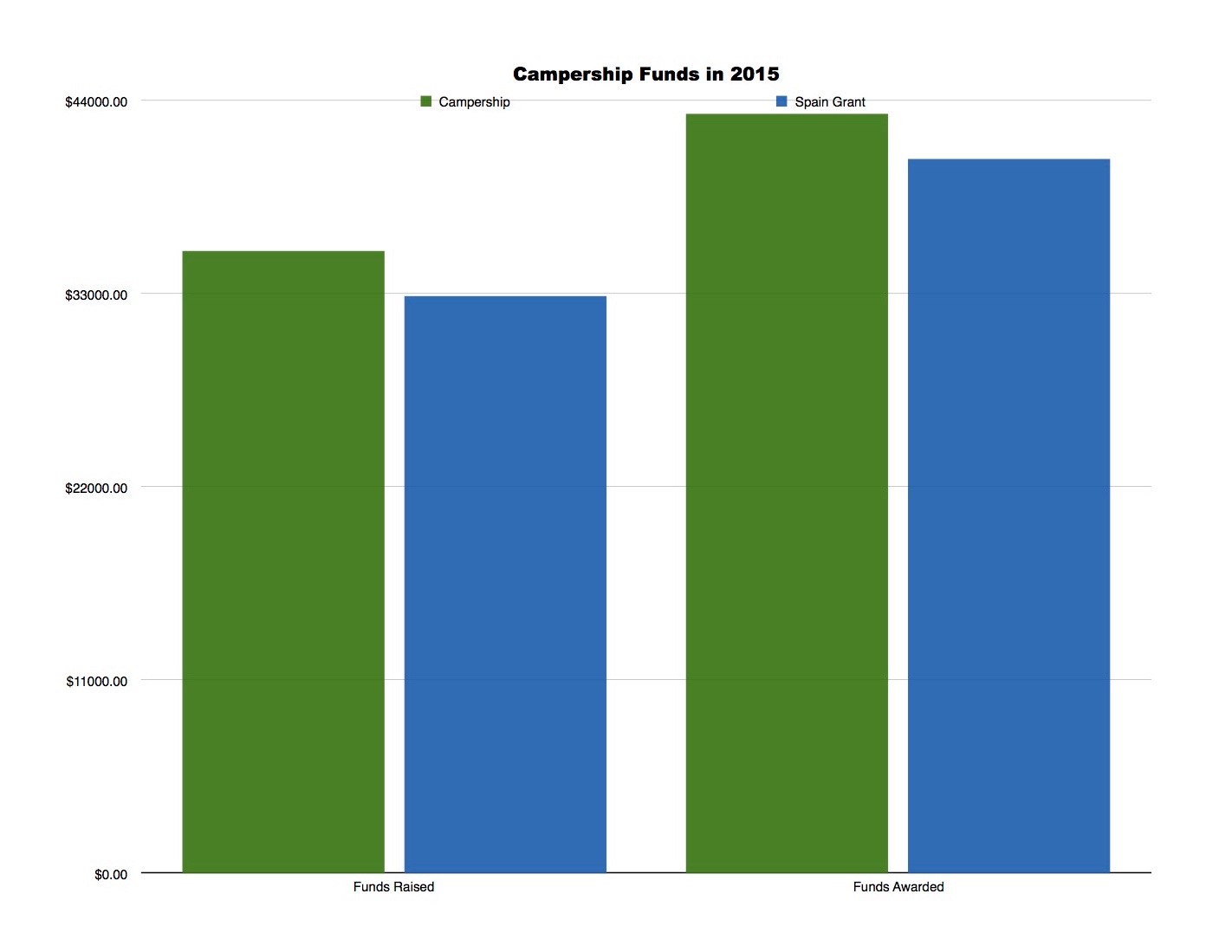 We never turn away a Spain Grant camper because we trust that our donors will come through and fund whatever is needed. Your gift will allow campers in need to have life-changing experiences at Camp Pecometh. Click the button below to donate online or pledge and mail in a donation.

Summer Camp 2021 By The Numbers