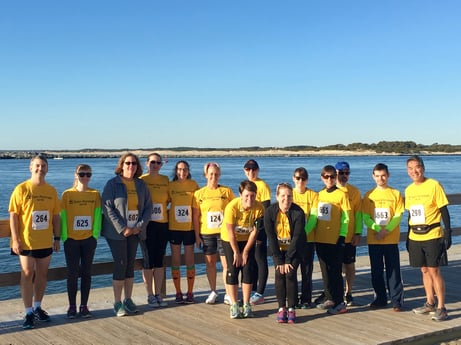 You can see how much they've raised so far (and contribute) using the link at the bottom of the blog post. 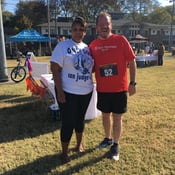 Rev. Rick Vance, our 15th runner, ran with the team the last two years. When he moved to Nashville this fall, he decided to run "from a distance" - at the Empower 5K in Nashville.

He even wore one of his past Team Pecometh shirts! 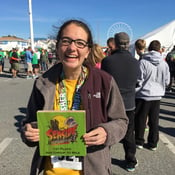 Sarah Townsend, a longtime camper and summer staffer, won her age group in the Seaside 10-mile.

This is Sarah's second year running with Team Pecometh. She says that it's the perfect opportunity to combine her two loves: Camp and running! 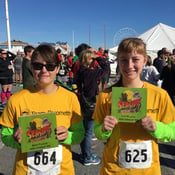 Laura Meadows and Sam Segar finished 1st and 2nd in their age group in the Seaside 5K.

Laura and Sam are both long-time campers. Sam was also on Summer Camp Staff for the first time in 2016, serving as the music leader.

She lives in Florida now, but loves Pecometh so much that she flew up for the weekend to run with the Team in Ocean City (and to catch up with family).

The race is over, but there's still time to contribute to the Team Pecometh campaign! And if you'd like to run with Team Pecometh in 2017, reach out to Jack Shitama.

The Need for Spain Grant Continues