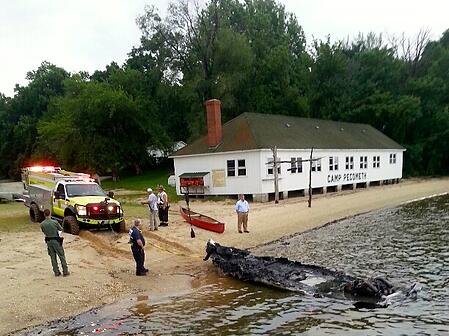 An accidental fire destroyed one of Pecometh's ski boats this morning, and caused some damage to a small section of the Pier. No campers or staff were in danger at any time.

The fire on the docked boat started around 5am, while the campers and staffer were still fast asleep. A passing waterman reported the fire, and the Church Hill Volunteer Fire Department responded and quickly brought the fire under control.  The State Fire Marshall and the MD Department of Natural Resources responded as well.

The Mastercraft ski boat is a total loss, but programs who go tubing, wakeboarding and waterskiing will continue on a modified schedule using our other ski boat.

Our summer program is still running as usual. 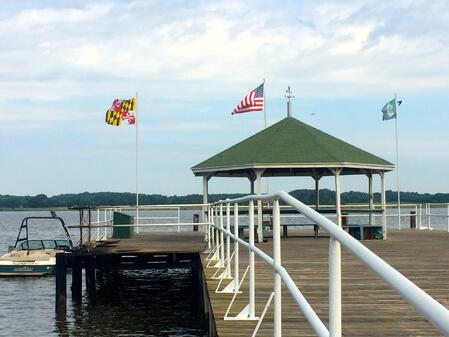 A portion of the pier suffered some damage, and it will remain closed until it can be assessed for structural integrity.

The Fire Marshall's report is not yet available, but the early indications are that the fire was not set intentionally, nor was it due to a lightning strike.

While this incident is unfortunate, there are many reasons for us to give thanks to God!

We are grateful to the Church Hill VFD, state and local authorities, and Pecometh camp staff for their excellent response to this incident.

We also are thankful that more damage was not done to the pier, thanks to a Good Samaritan promptly reporting the fire. Had the fire gone undiscovered until staff and campers were headed to breakfast, the damage could have been much greater.

Finally, and most importantly, we give thanks that everyone remained safe. The fire was under control well before our campers were aware of the situation, and camp life continues as usual today.

Thanks be to God!

Other articles about this incident: